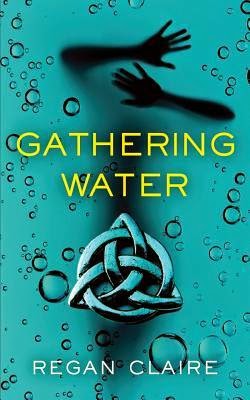 Publication Date: January 25th, 2014
Genre: YA Fantasy/ Paranormal
My Rating: 4 out of 5 Stars

Where to Buy:
Amazon | Barnes and Noble


Della Doe Deare isn't like most people. Most people begin their life on the day they enter the world; the day they're born. Della, well, hers began on the day she turned eighteen. After all, it was the day she first heard her real name, and that of her mothers. With nothing but a couple of duffel bags and a folder full of questions, she travels home to coastal North Carolina to claim the house she inherited from a grandmother she never knew. She has two goals: discover why her mother ran away from home all those years ago, and avoid the family that had left her to rot in an inept foster care system. Hard to do when the family she's been trying to avoid is dragging her into an unimaginable world... a world on the brink of war, and both sides want her dead. All Della ever wanted was to know who she was, but the journey to self-discovery might just lead to her destruction.

PLEASE NOTE: This book was given to me by the author in exchange for an honest review… and I honestly loved it. :) Here are the details:

The POV character – Della Doe Deare. First, love the name! She had always been a “Doe” from growing up in the foster system, her birth mother being a Jane Doe and no father in sight, then when she learned her real last name was Deare, she kept both even though it’s an alliteration people were sure to make fun of (and of course they do lol). But honestly, the name suits her – by keeping “Doe,” she’s honoring her past because it’s a part of her and has made her who she is, and by adding “Deare,” she’s embracing new beginnings and learning about her heritage. Her name might sound silly, but it’s a perfect reflection of her story. However, this character is so much more than her quirky, fitting name; she’s so well-written, I honestly feel like I know her.

I wasn’t a foster kid, and I’ve never been close to anyone who is, so discovering a little of what it’s like to bounce from place to place and never have a real sense of “home,” made my heart ache for her. Then, when she’s thrown into a new family – her real family, who’d been lied to about her existence until now – with a sweet but overbearing cousin (Cash), her caring Aunt and Uncle (Ellis and Conner), a helpful great uncle in Luke, and a swoon-worthy family friend (Dove. I’ll get to him later!) she’s so overwhelmed by every emotion imaginable it’s hard to compartmentalize, so a good portion of the beginning is discovering who they are and how she fits into the picture, therefore discovering parts of herself along the way. I also found it realistic that she was hesitant about them at first:

“I may have been wrong about their abandoning me, at least about Ellis and Connor, but I was still hesitant to rely on family just because of blood ties; I’ve met a lot of kids in the system who were taken from their family and knew that a blood relation doesn’t automatically mean a good relation.”

There’s definitely a coming of age element there – figuring out how she fits into the picture and if she even wants to, as well as trying to make a new home for herself in an unfamiliar place. But even though a good bit of this book explores all these things, it doesn’t weigh it down. It actually ads authenticity and charm.
Speaking of “discovering parts of herself,” now let’s discuss the Fantasy elements of this novel. I LOVE me some teenage kids discovering their abilities. It’s such a weird time in one’s life anyway – you’re not a kid anymore, but you’re also trying to find your place as a new adult. Especially at eighteen and fresh out of high school. So along with the whole discovering-her-place-in-a-new-family thing, add a newfound supernatural ability, and you have one heck of an interesting plotline. I won’t give away what the abilities are since it’s much more fun to discover them as you’re reading, but I will say they’re original and beyond imaginative. Not only that, but Ms. Claire’s descriptions of said abilities were incredibly well fleshed out. Della’s powers also have something to do with her bloodline and why her existence was kept a secret, but that’s as far as I’ll go with that, as well. :)

Another big plus to this book is how the author answers a little bit along the way instead of pulling an M. Night Shyamalan a la The Village and giving everything away too soon. There’s so much to find out – why Della has these abilities; why her existence was kept a secret from her family; who her father is; why did her mother run away with her when she was pregnant? Ms. Claire’s flawless execution in answering these questions at just the right time keeps the reader intrigued without making us frustrated. Nothing aggravates me more than presenting a ton of questions, then proceeding to not answer them over the course of several books, OR dumping it all into the last chapter. So kudos to Ms. Claire for having the balancing act down. *Golf clap* Of course, there are still some things we want to know after the novel ends, since it’s Book One of a series, but most of the questions are answered.

On to the next good thing about this novel.

Della’s relationship with Dove. *Sigh* Dove… Dove, Dove, Dove. How I love thee. He’s gorgeous, and best of all, he’s not cocky about it. I HATE cocky male love interests. Probably because I don’t like cocky guys in real life. Self-assured and confident are fine. Sexy even. Cocky is bad. And not only is he gorgeous, he’s not overly clingy or tries to rush into a relationship. He gives Della space, and as a result, their romance progresses slowly, but nicely. Realistically. And that last scene with them in the car… have mercy. *Fans self*

Della’s wit – another plus. Thankfully, the writer didn’t saturate the story with witty remarks every other paragraph, as some writers tend to do. This is a balancing act Ms. Claire also has down pat. Her writing has a perfect blending of tear, rage and chuckle-inducing moments.

The ONLY thing I can criticize isn’t really bad, per se, but in some places the descriptions needed to be better. For instance, when Della goes to the Elfennol’s compound, the runes and doorways and the bridge were described well, but then later, we finally get to the insides and inner workings of the place, but…. we don’t get much except for there are “buildings” as they make their way through. The arena is pretty well painted for the reader, and so are Della’s living quarters (I want to sleep in a bed like that!), but there are definitely some holes along the way that could be filled in to show us what she’s seeing. If some of these holes had been filled in, the book would have gotten 5 stars. There are also some other places in the novel when characters were introduced, and I still have no idea what they look like.

Nothing to say in this category.


In conclusion, Gathering Water is well fleshed-out with believable, likable characters, real moments that make you laugh, cry and swoon, and is a MUST READ for YA Fantasy lovers everywhere.

This quote was about Della wishing she knew her mother and came on the heels of a memorial service her new family threw for her. This goes to show how incredibly authentic the author’s writing was when it came to being foster kid and never knowing your parent. I teared up!!! “Every story that I heard, every joke and memory that was shared made me miss her. It made me wish she were the one sharing these things with me, made me really think about all the things that I’d never had with her, and never would.”


A Tidewater girl born and bred, my first friend and love was the Atlantic. Growing up being told the legends about Pirates and American Natives common in coastal VA and NC, coupled with being an only child, did wonders for my imagination; I've had one foot in fantasy-land ever since, a trait my dear husband heroically endures (and one I secretly hope my daughters have inherited). We moved inland to Nashville while I was entering tweenhood and not a day goes by that I don't miss my childhood playmate and her crashing waves. Nashville has her perks though, namely the love of my life and our two sweet girls. Our insane mutt-dog and the stray cat that refuses to leave our porch aren't too bad either. I love fairy tales A LOT, teen movies (preferably with dancing or singing), read entirely too much, and am constantly late.

The Giveaway:
a Rafflecopter giveaway

Book One: The Captivated Series 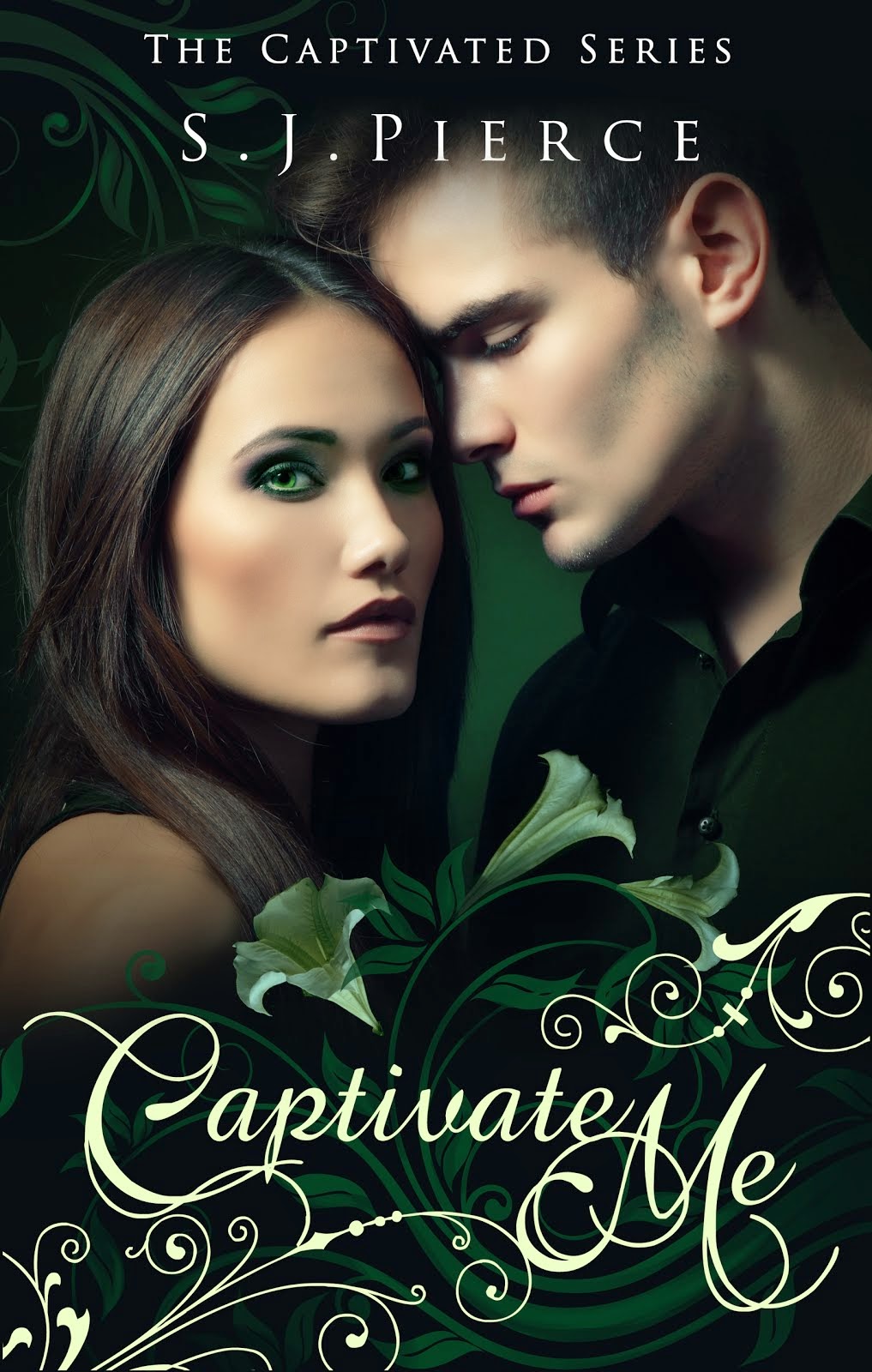 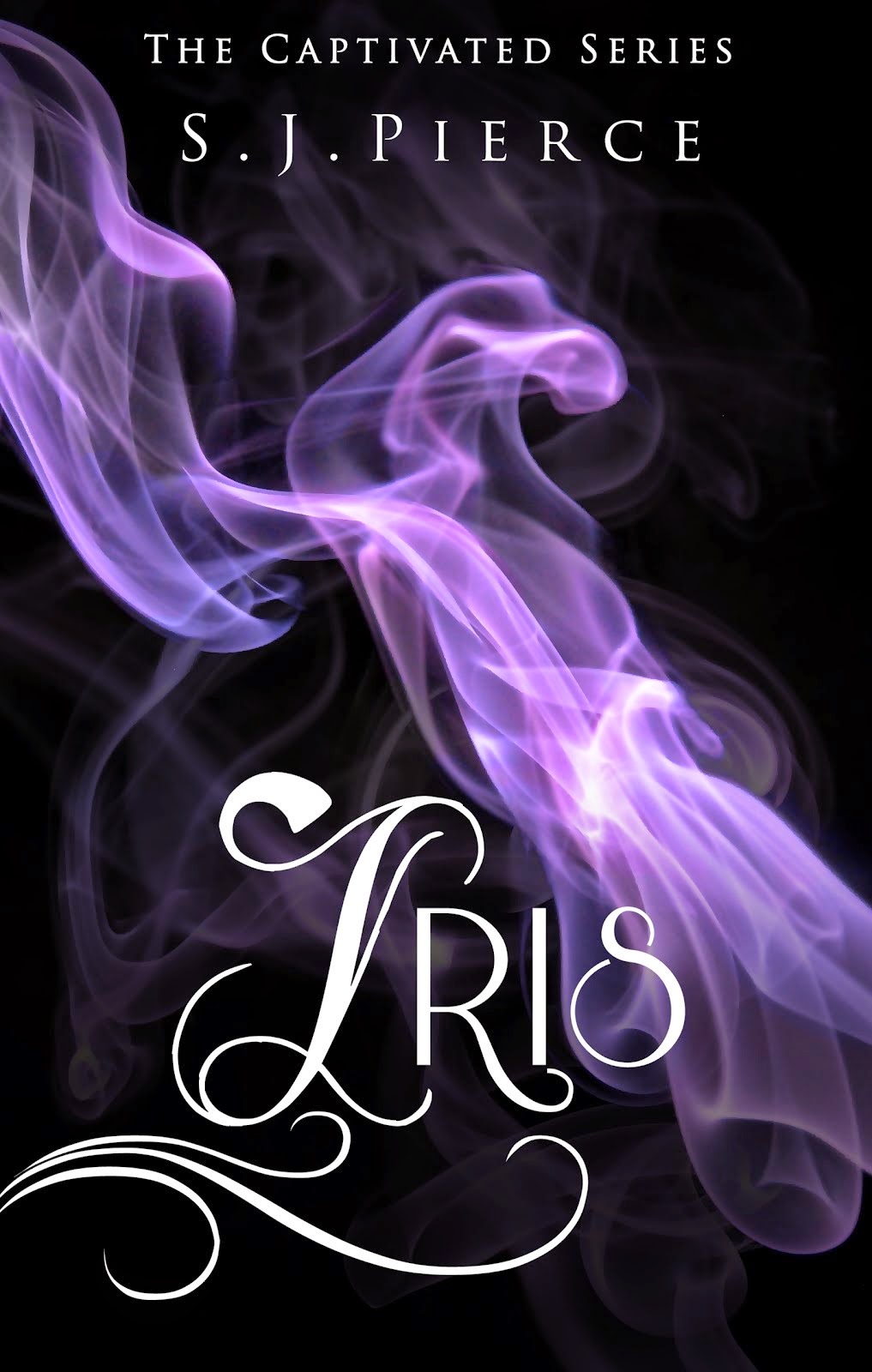 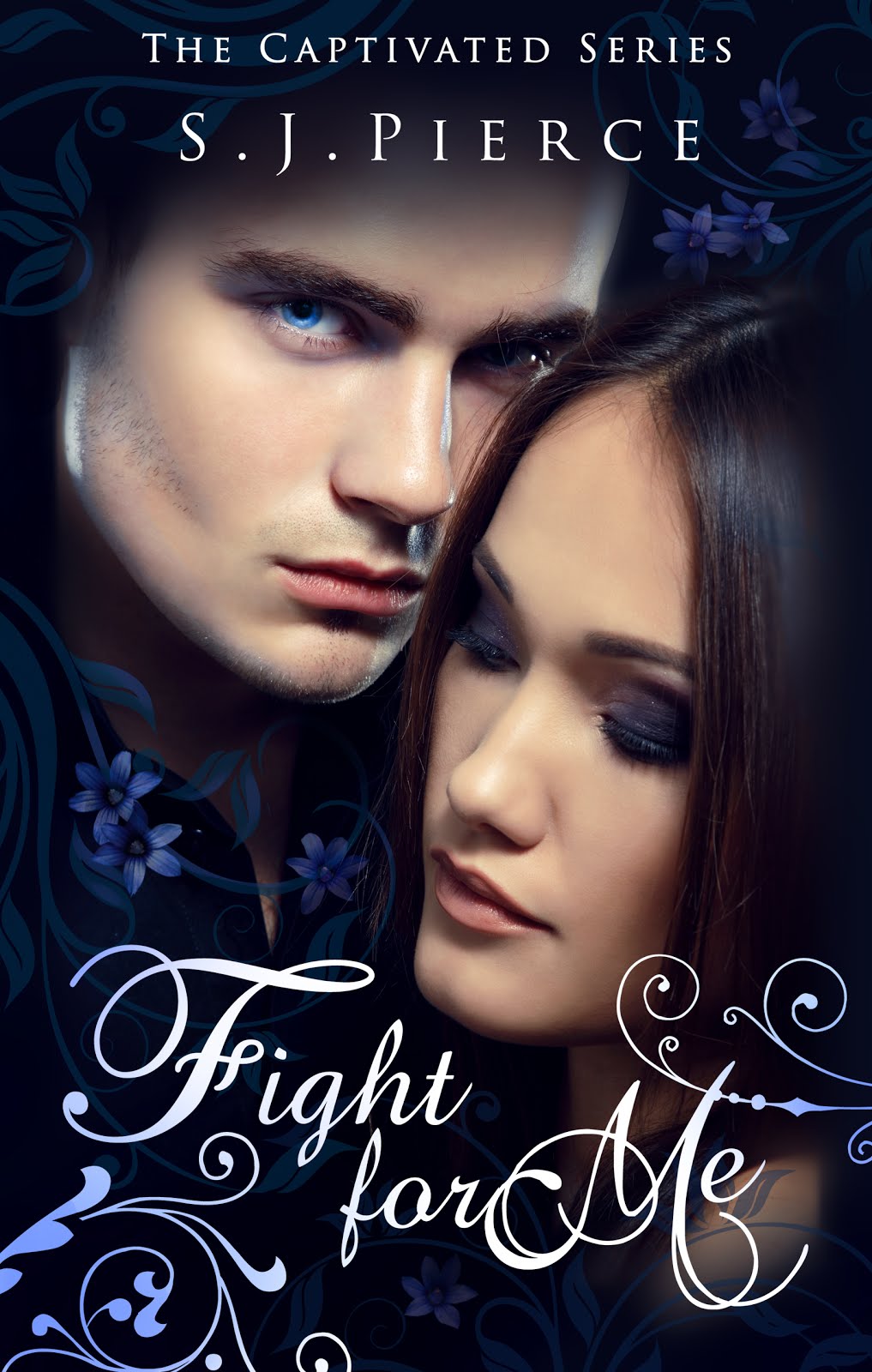 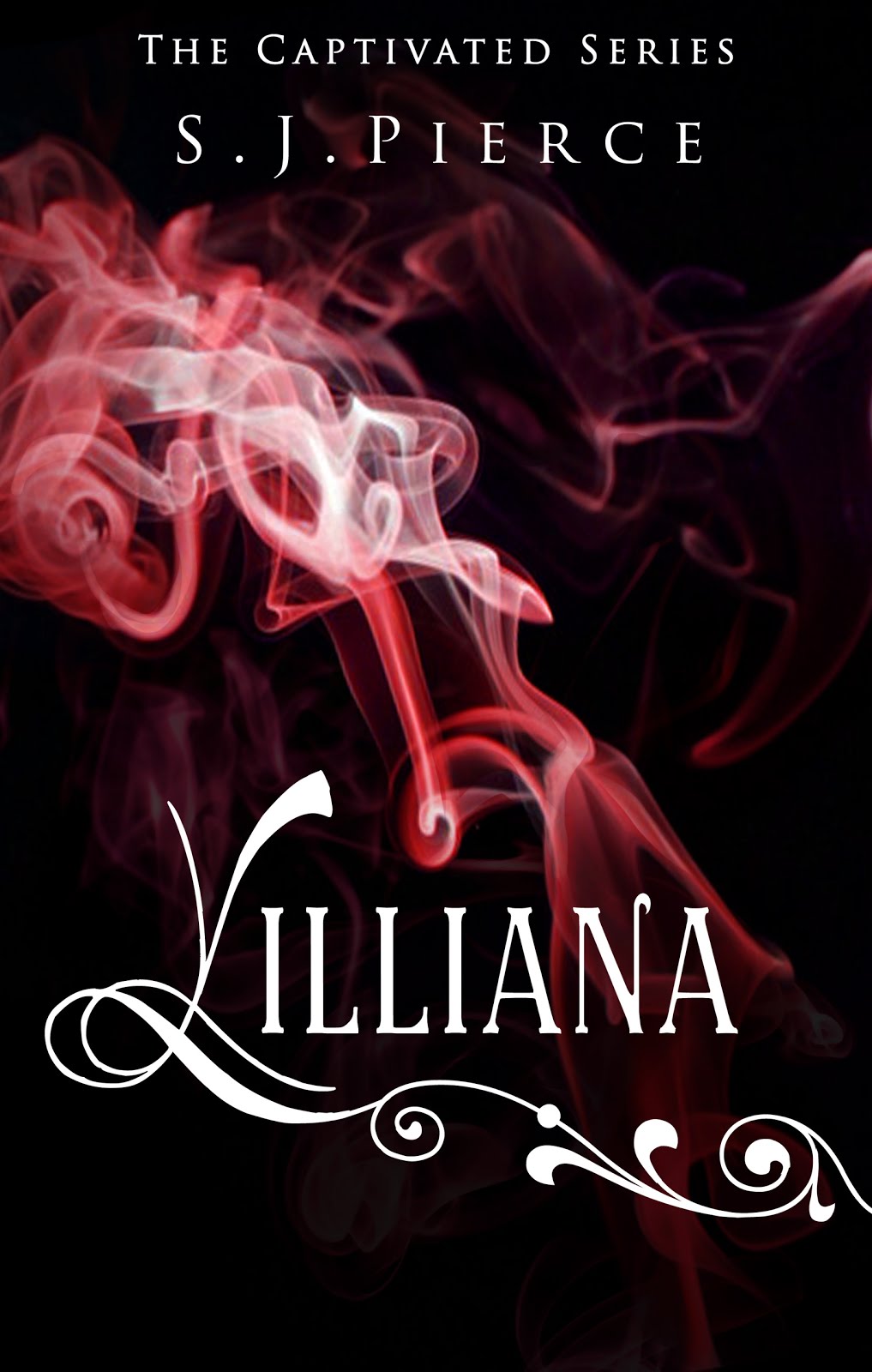 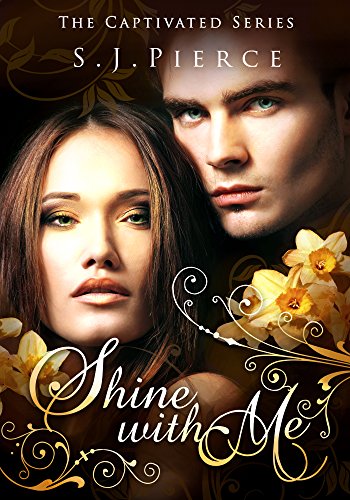 Book One: The Alyx Rayer Trilogy 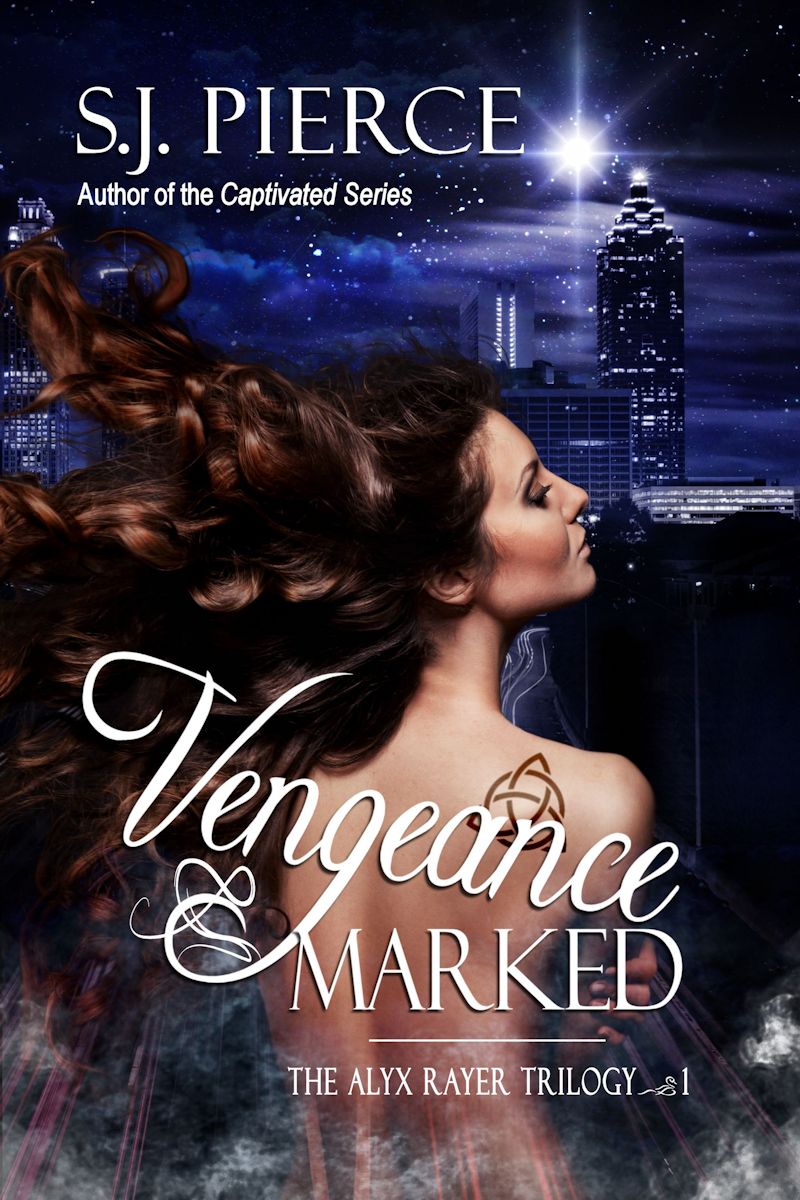 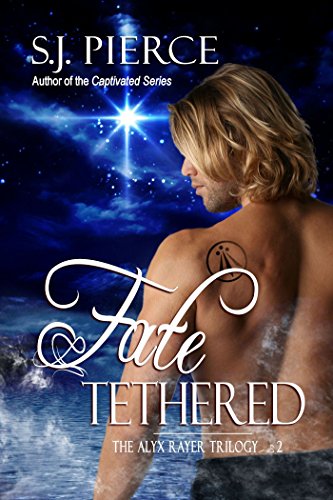 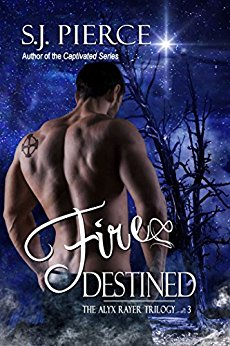